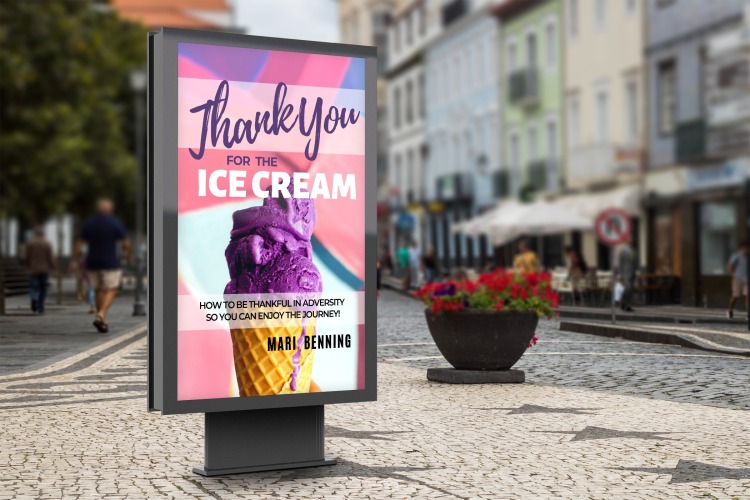 I was thanking God for promotion and looking for openings.

I remember a time when I was being overlooked on my job for a promotion I really wanted.  I had not been employed a full year; however, I was determined to get a full-time position.  During my initial interview with the manager, I mentioned my career goals in spite of knowing I was being hired for a part-time position.  I boldly told the manager I would be full-time within six months and I was sticking to it!  I had learned my position quickly and developed my skills as I checked the career openings site almost every day.  I was good at what I did and far exceeded my sales goals month after month.  One of my coworkers quit, so a position opened up, but the manager who had hired me was no longer my manager.  I had a new manager to whom I needed to explain my goals.

What I didn’t mention was that during the interim where we had no manager, I had been treated like Cinderella the step daughter, because I had been in favor with the manager who had left, and now that she was gone, I was on my own.  During that time, I would cry out to God because I didn’t want to stay in that position anymore and I had a lot of opposition to deal with.  It seemed like a sabotage to me.  I was given positions no one else wanted because in them it was harder to make your sales.

But God!  When God has his hand on you, no one can stop you, no matter how hard they try.  I told God I would continue to have a great attitude towards my coworkers and my situation.  I would always confess that I was empowered to prosper and repeat my goals whenever I felt like I was getting discouraged.  I kept my thoughts on promotion.

In came the new manager.  I was killing it in sales, which is a good thing, even during the worst of circumstances.  God gave me favor with the clients and with my manager.  When I expressed my goal to move up in the company, my new manager rooted for me.  God had prepared a table for me in the presence of my enemies—I mean, coworkers.  Our corporate leadership started to take notice, giving me recognition on calls I had no idea were going on until my manager mentioned them in our meetings.  Let me tell you, the more favor I received, the more I felt the dragon breathing hotly down my neck.  You know how you can feel people talking bad about you, but you don’t actually hear them.  Well, I knew, and God knew too, which is why He says he gets the last laugh.  I used to say this to myself whenever I felt overwhelmed.

I was thanking God for promotion and looking for openings.  One year to the day after I had started, guess what?  The company created a new position and it seemed right up my alley.  I mentioned it to my manager with hesitation because I wasn’t sure if he would be willing to let me go.  Managers have to approve your move, and so if you are a great asset to the company in your present position, they may want to keep you there, but not him.  He encouraged me to apply and told me how great I would be and how he didn’t want to keep me from reaching my goals, because he saw that I was a hard worker.  Can you say, favor!

Well, I jumped on the opportunity and applied.  I was super nervous because I knew they would be checking my credit and I had gone through bankruptcy a year prior.  I didn’t want to lose my chance to advance because of my past.  I was trying to get back on my feet.

After I applied, I got a call from human resources asking me all kinds of questions, and they wanted to know the story about the bankruptcy.  My belly dropped to the ground and my heart was racing a mile a minute.  I had clammy hands and tried not to have stuttering lips, but by the grace and power of God, I explained what happened.  A sweet voice on the other end of the phone said, “Okay, we will contact you once I speak to my manager.”  I hung up the phone and felt a big lump in my throat.  I wanted to cry.  This was a painful memory for me to relive, and now that my employers knew, I felt so ashamed.  Of course, the enemy harped on me for a while with thoughts of not getting the promotion, causing anxiety to arise.  But in all this, I trusted God.  I saw myself in that position before I even applied.  I believed that God had given me favor.

It just so happened that the next day, one of the big kahunas was in our branch.  She supervised our region and she loved me—well, my performance—and I told her what had happened and that I was waiting on a response.  Her reply shook my faith for a minute.  She said that I shouldn’t get my hopes up and that I might not get it considering the situation.  Yet a few months ago she had been telling me how she would help me move up in the company and always put in a good word.  Where was her faith in me now, when I needed it the most?  I felt crushed.  She of all people needed to co-sign this move in order for me to be approved.  I was determined that God had created this position just for me.  It was on the anniversary date of my hire when it was announced and I knew this was the hand of God, so I prayed and thanked.

A few days later I get a call from Human Resources and they asked me if I would accept the position and the pay rate being offered.  Um, YES!! Absolutely!  I was ecstatic with joy.  God did it, he really did it.  He caused these people to overlook my shameful past and give me another chance.  I was moving on up, to the east side.  I was literally being moved closer east, steps away from the beach, a move that would later strategically position me to step into my next role as a Director of a Hotel on the Beach.  God orders our steps.

In John Maxwell’s book, “Today Matters,” I read something that stood out to me like a deer in headlights.  It read, “Happiness is something you decide ahead of time.”  If you are dreading the outcome before you’ve even begun, then you have already chosen your results.  Choose you this day, death or life, bitter or sweet, giver or remover, blessing or curse, grace or judgment.  When ugly circumstances pop up, will you think of how good can come from it, or of how bad it will be?  Naturally, if you are not vigilant, you will favor the easier route and bow.  If you don’t grab a hold of your thoughts right away, they will run rampant like a runaway train and attract more negative thoughts and negative vibes.

You have a decision to make every day, every minute.  All throughout the day you will have these choices.  Determine ahead of time what you want and stick with that same tune for the rest of that day.  Start over again every morning and choose to be happy and grateful.

I love writing and sharing a day in the life of an ex stay-at-home mom...ME. :) I have found a new passion- BLOGGING and loving it! I should've started a long time ago! Hope you enjoy reading as much as I enjoy sharing. Blessings! View more posts